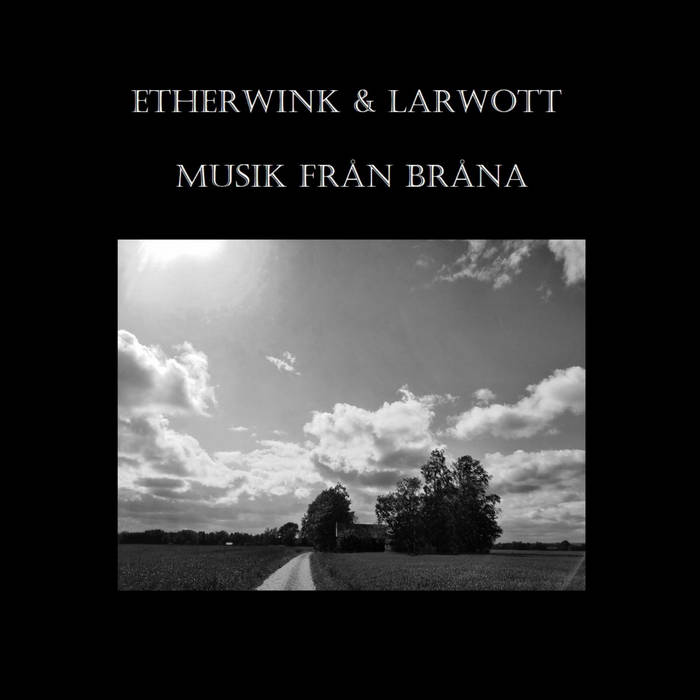 Musik Från Bråna / Music From Bråna
(CDr Tin Can Music 2021)
Musik Från Bråna / Music From Bråna are impressions and inspiration of things that can happen in the area of my summer cottage in Dalsland, Sweden
The records here somehow contain inverted variations on roughly similar songs; some environmental sounds, a basic musical structure usually based on one chord that is most often A-Minor or E-Minor, sometimes maybe another chord, but not always.
Sometimes there is a melody loop that is quite short.
A bass is often included to broaden the sound picture, but only very few tones.
Everything goes at 60 bpm and there are very few drums.
Partly influenced by weird folk and Swedish psychedelic music of the early 70’s.
Etherwink & Larwott is a combo mainly from Gothenburg, Sweden.

This Bandcamp site only offer the Digital Download version.
The CDR version may be captured at Discreet Music - Check it up! (discreetmusic.myshopify.com/collections/cd/products/etherwink-larwott-musik-fran-brana-cdr)