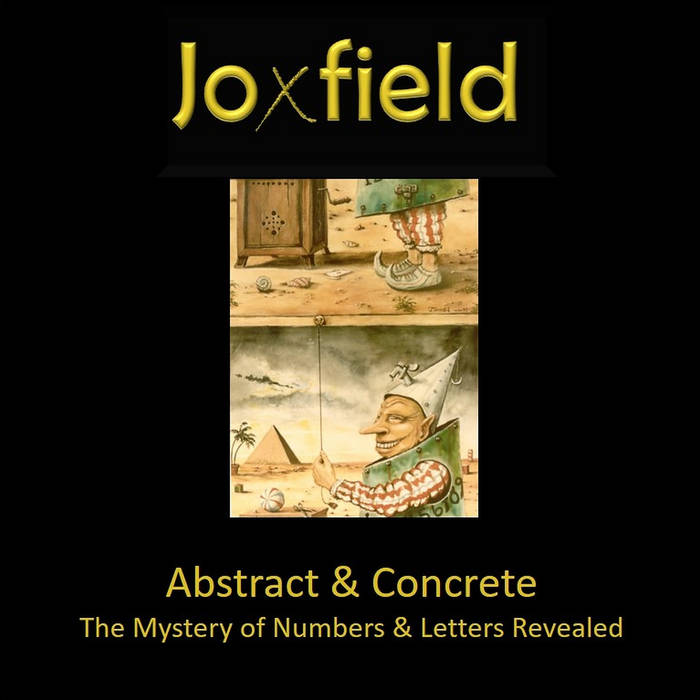 The work with Joxfield’s “Numbers & Letters” took its start early spring 2007 with preparations and initial composing of songs that was meant to end up on the release. Demos and patterns were made. In June 2007, the recordings took place in a summer house at Kolpebo, Dalarna using the prepared demos and patterns, but also a lot of unprepared improvisations that later were structured into songs.

Already from the very beginning the intention was to involve musical collaborators/contributors to influence the outcome of the music. During spring 2007 and the following year contact had been made with those involved and a lot of additional contributions of various kind were recorded worldwide. Postproduction continued throughout 2008 - 2009 and finally on November 12th, 2010 it was released on Clinical Archives netlabel.

The idea of this 10th anniversary celebration, “Abstract & Concrete – The Mystery of Numbers & Letters Revealed”, came up just because of the fun of it. There is a lot of unreleased material, early Kolpebo improvisations of tunes that later developed into something vastly different. More or less composed material went through radical changes during the process, et cetera. There are also songs that never showed up on N&L, or elsewhere, for various reasons, most of them now forgotten.

All tracks on this compilation are previously unreleased with the exception of “Dragons Fly in the Night (Single Version)” which in its full-length version is a part of the original Numbers & Letters album and “No Kroh Poh (First Vocal Version)” which exist on Judy Dybel’s career-spanning anthology “Gathering The Threads: Fifty Years Of Stuff”.